The opening reception for this exhibition has been temporarily postponed. The gallery is temporarily closed until further notice.

Event information will be updated as the situation is assessed. Stay healthy everyone!


Rachael Gorchov’s work comfortably inhabits a nexus of complimentary creative practices. Her three-dimensional objects are both abstract and representational, and exist somewhere between painting and sculpture. They also explore inherent dualities such as inside vs. outside, front vs. back, flat vs. curved, and pattern vs. image.

Gorchov is best known for her wall works, which protrude into space through irregular concave shapes. She creates these forms with a variety of materials, depending on the scale of the artwork. The larger structures are a combination of studio-made paper clay on an armature of wire mesh with painted surfaces.  Gorchov paints both the front and back of each form in contrasting arrangements and palettes. The imagery is embedded within the gestural marks of paint within the inner surface. The smaller wall works also camouflage the contorted imagery, but some differences exist. These structures are made in ceramic, with rough, irregularly shaped edges, and sometimes Gorchov lets cavities appear in the form. While the interiors are brilliantly painted the “backs” of the forms remain unadorned ceramic. Instead, Gorchov creates painted silhouettes that provide the same sense of bright contrast, which are digital prints on vinyl stuck directly to the wall. The shadows, as forms, are an interesting continuation of the dualities at the heart of Gorchov’s work.

In other series, Rachael Gorchov creates rounded, rock-like forms that sit on the floor, with their own exaggerated, printed vinyl shadows streaming out from underneath them. At other times, Gorchov has completely flattened ceramic into  intimate tondo shapes that present us with a singular, colorful frontality. Gorchov finds inspiration for her imagery in her own travels, and the sketches of landscape and architectural details she makes along the way. The artist describes her recent process this way:

The imagery has become a mapping of autobiographical experience. This body of work began in 2017 in Vienna. On the heels of a previous project, I set out to photograph the sites of the over 30 synagogues that once stood in the city. Shortly thereafter, in 2018, my stepfather succumbed to cancer. I spent hours during this time exploring and photographing the hospital where he received treatment and its grounds. In both Vienna and at the hospital I photographed peculiar architectural details, graffiti interventions, lackluster modernist sculpture. Meanwhile, I was making works based on the perception of collapsed and foreshortened space present when gazing upwards in massive interior spaces such as cathedrals and office building atriums. I began placing the things or ‘objects’ I had photographed into the spaces I was painting. This marked the beginning of a logic that I follow today, of pairing objects with spaces within works that are themselves objects in space.

Rachael Gorchov’s work is a balance of dimension, color, image and place. The space within and around each work allows the viewer to engage contorted energy, colorful contemplation, and shared envelopment. 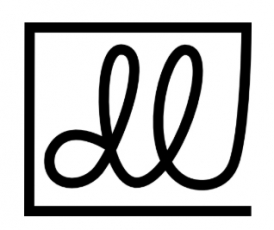